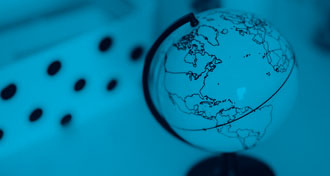 Please fill in the form

GOH Bun Hiong is the Tax Director of PKF- CAP LLP since October 2011. PKF-CAP LLP was formed by a merger between Pannell Kerr Forster LLP and Cap Partnership thereby bringing together the combined resources of two firms in Singapore.

Bun Hiong started his career in 1994 with Arthur Andersen Singapore where he was involved in tax compliance and advisory work in the areas of, amongst others, Corporate and Individual Income Taxes, Goods and Services Tax, cross border planning and due diligence review. His clients were predominantly in the areas of banking, insurance as well as upcoming small and medium enterprises.

In 1999, he joined the newly set up Asia Pacific headquarters of the Philips Electronics Group and was part of the pioneer team supporting the conglomerate's growing interests in the region, which included Philips Lighting, Philips Consumer Electronics, Philips Domestic Appliances and Personal Care, Philips Medical Systems, Philips Components and Philips Semiconductors.

In 2006, Bun Hiong was part of the pioneer team involved in the spinoff of Philips Semiconductors to a consortium of Kohlberg Kravis Roberts & Co, Bain Capital, Silver Lake Partners, Apax Partners and Alpinvest Partners, where he took the role of Senior Tax Director of the Asia Pacific region. In addition to looking after all aspects of NXP Group's tax affairs in the region, he was also involved in several high profile projects of the Group, involving, amongst others, STMicroelectronics, Silicon Laboratories, Conexant, Trident Microsystems and Dover Corporation.